Many Americans are unaware of the signs of common eye diseases. However, this does not change the fact that eye diseases are common and a major concern in the country. Many people are worried that they could one day lose their sight and become unable to see, but a few actually take the initiative to go for regular eye exams to ensure eye problems are detected and treated early before they become a major problem. Below are some of the most common eye diseases you should be on the lookout for, including their symptoms.

Glaucoma never fails to be mentioned among the most widespread eye conditions. It refers to a collection of eye diseases brought about by elevated intraocular pressure building up in the eye. The optic nerve is often affected by the build-up of pressure inside the eye and may result in vision loss. Open-angle glaucoma is more common and often painless whereas angle-closure glaucoma is less common and suddenly appears without warning and is commonly associated with eye pain and redness. The early phases tend to show no symptoms and by the time your vision is affected, it is often somewhat too late, as the damage is often permanent. Some of the treatments to slow down the progression of the disease include eye drops, laser treatments, and sometimes surgery. Therefore, doctors often encourage patients to go for early diagnosis. Risk factors include age and a family history of glaucoma. In addition, African Americans are also encouraged to go for frequent eye exams, as they are at a higher risk of contracting the disease.

Cataracts are also some of the most common eye problems that people are likely to encounter in their lifetime. They are painless cloudy lenses that result in blurry vision. They are common among the elderly because they progress with age, as living longer increases the chances of having cataract changes to the eye’s cornea. Diabetes, some medications, and trauma can cause them. People are also advised to reduce their exposure to UV light. A regular eye exam can reveal a cataract. Some of the treatment options include magnifying lenses, eyeglasses, and sometimes surgery. A surgical procedure involves the removal of the cloudy lens and replacing it with a good artificial one.

Age-related macular degeneration is also among the most common eye issues affecting the elderly. Those over the age of 60 years are at a higher risk of contracting the disease and it progressively destroys the patient’s macula, which is located at the center of the retina. Since the center of vision tends to be the only place affected, AMD rarely results in total blindness. Wet and dry AMD are the major subcategories of AMD.

This is characterized by eye redness and inflammation of the conjunctiva. A viral or bacterial infection may cause this eye problem, but eye irritants like pollutants, allergens, or chemicals can also lead to the condition. Washing the hands frequently can reduce the spread of infections.

This occurs when the uvea is having some inflammations. Infections, trauma, and injury to the eye can cause uveitis. A painful eyeball could signal uveitis, but other symptoms may include light sensitivity and blurred vision. Treatments include antibiotic and anti-inflammatory drops.

Glaucoma, uveitis, conjunctivitis, AMD, and cataracts are some of the eye diseases commonly experienced by patients. A regular eye checkup could lead to early diagnosis and treatment. 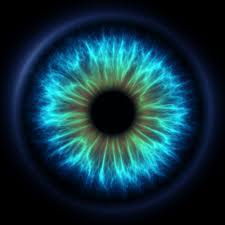